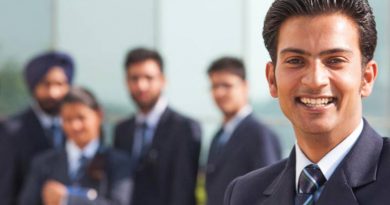 One of the greatest advantages of the world-wide-web (does anybody still call it that?) is that your words can travel from a cabin in the woods to a million screens in a matter of seconds. One of the greatest disadvantages, on the other hand, is how many people are trying to get their words to do just that. For that reasons us, wordsmiths need to make certain our words are as meaningful and impactful as they can possibly be.

Enter a literature degree. There is nothing that will give you quite as deep an understanding of the English language as studying its best authors and their styles. And as an added bonus, with words once more widely in demand, there’s now a chance you’ll actually be able to pay off your degree!

For this report, I used the topuniversities.com to find out which universities in the world have the best-rated literature program and timeshighereducation.com for the university’s overall ratings.

So, if you are dreaming of becoming the worldwide popular author, check my list of the universities that will teach you how to create the masterpiece that will be loved by your audience.

That’s right, the top rated literature university in the world isn’t in the states. Maybe that’s because the English actually invented the language? Or, perhaps because they’ve had longer to practice it? Whatever the case, Cambridge is at number one in terms of literature and at number five overall. Do note that as a US citizen you’ll need a visa to study in the UK.

Another UK based university? This is getting ridiculous! How can the US be the most powerful country in the world while not holding the top two positions in literature? Well, I hate to break it to you, but best literature universities don’t carry that much weight in the ‘most powerful country of the world’ index. In fact, they’re about as influential there as migrating bird populations. Oxford rates 3rd overall, by the way. And yes, here you also need a visa.

Ah, good old Harvard riding to the rescue. As an added bonus, it rates higher overall than both Oxford and Cambridge, at number three of the world. The only problem? That B you got in kindergarten for finger painting? It means you’re not going to get in.

Fourth in the ranking of literature and eight overall Berkeley isn’t just for hippies (with incredible GPAs) it’s also for literature students. Though often there isn’t that much difference.

Fifth in literature and ninth overall, Yale isn’t an also-ran. Heck, people working in sweat shops in Bangladesh know about Yale, though they think it’s pronounced ‘Jail’, but then they think ‘work’ is pronounced that way as well.

Sixth in Literature and fourth overall, California-based Stanford doesn’t just have nice weather. With their degree, you’ll be writing reviews for top end newspapers in no time (or at least be part of the most prestigious book your neighborhood has to offer).

Though at 14th place Columbia University is rated the low overall that’s compensated for by the fact that you’ll be living in the greatest city in the world, New York City. So imagine what you’ll be learning on the streets! And let’s be clear about it, 14th means you’re still firmly in the top 0.1% of universities.

Number eleven overall, Chicago is the famous home of such famous alumni as Bernie Sanders and Milton Friedman. Though neither of them studied literature, before you think that.

Another California-based university. What is it with literature and California? Whatever it is, UCLA is 12th overall and another great school for literature and leftist activism. Oh, but you do need a 4.2 GPA to get in. Yes, that’s right, that’s on a four-point scale.

Last but not least is Princeton. Rated 7th overall and located in New Jersey, here you’ll be joining such luminaries as Woodrow Wilson, Alan Turing, and Ted Cruz.

Joking aside, wherever you end up studying, if you manage to get into any of these schools listed here you should be immensely proud. I’ll certainly be in awe of you. These are some of the best universities in the world, not just in literature but in every respect.

Good luck out there. I’m sure you’ll do great.