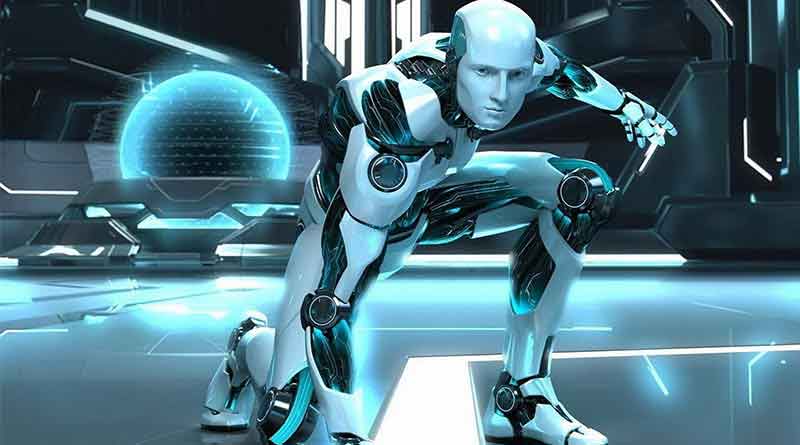 Introduction to Robotics Engineering Course and Career in Robotic Engineering:

What is Robotics Engineering – Whenever we hear the word “Robotics” the first thing that crosses our mind is future. The astonishing futuristic world of Robots that we see in science fiction movies like the jaw-dropping conversions of robotics transformers, the cold-blooded human-like terminators etc. start flashing in front of our eyes. All these things which seem to be a distant dream are actually not that far away from reality. There is a field in today’s world which might not give such over the top results as in movies but it pushes us closer to do unimaginable and useful things that we could only dream of. This is the career of Robotics Engineering which is a relatively new field but is increasingly becoming a popular career choice among students.

Robotics Engineering is referred to that branch of engineering which deals with the designing, construction, and application of Robots and how computers are used to operate Robots. Robot Programming is one of the most important aspects of robotics because without it robots cannot move or do particular tasks. Robots are being highly used in various sectors for mainly two reasons i.e to increase work and output rate and to ensure human safety. It uses the principles of other engineering branches like electrical engineering, computer science engineering and mechanical engineering to play with robots that may resemble humans in appearance or work. They are meant to do those tasks which humans cannot perform. It is believed to be one of the most innovative fields where one can defy the logic of realism to create something extraordinary. Robotics is deeply interconnected with other engineering branches. A mechanical engineer designs a robot’s structure and mechanisms, electrical engineer designs it’s controlled components whereas it’s sensors are dealt by an electromechanical engineer. A software engineer’s job is to make a robot move or perform various tasks through programming.

A robot is a man-made machine which is designed to perform various tasks repeatedly with 100% accuracy and precision without getting tired, unlike humans. A robot can be controlled by a human through controllers but often they are controlled by computers through program codes. Some of the main components of robots are power source(mostly batteries are used as the power source for robots), actuation(components which help in movement) and sensors(they help in receive information and perform various tasks).

Initially, the idea of a robot was just a machine who looks like human and tries to walk and talk like them but with time it has widened its area of application. They have started replacing humans in doing various tasks and provide more accurate results as compared to them. The main reason for the existence of robots is to make human life simpler and easy. They are created to save time, reduce dependency on manpower and ensure human safety. Their main task is to speed up the manufacturing process in industries. In this 21st century, the use of robots in various fields has increased owing to their use in the dangerous environment where human life is at risk such as atomic plants, defusing bombs and exploring wrecks and mines. They are useful in many fields like manufacturing industries, automation, modern warfare, nuclear science, agriculture, nanotechnology etc. These days different robots are used for doing specific tasks only such as assembly robots, military robots, medical robots, agricultural robots, household robots etc. All these robots work in their respective fields only. They are also used for welding purpose. Have you ever imagined that even autofocus features which come in digital cameras are the gift of robotics? Its other applications are hi-tech security systems. Robots surpass human perception and they allow us to see the world in ways we couldn’t imagine.

What do Robotics Engineer do?

As already mentioned above robotics engineering involves principles from various other engineering branches and various engineers perform various tasks on robots according to their specialization. They have to divide their working time between lab and office. A robotic engineer takes care of all aspects of creating a robot such as design, maintenance, proper functioning, testing etc. Other duties may include debugging programs, reviewing calculations and supervising the team of engineers and technicians. A robotic engineer uses his knowledge to integrate robots with modern technology so that they can be used in various sectors. They are also involved in research work and in devising new ways in which robots can be used. Some of the tasks that can be expected from a robotic engineer are:

Students who wish to pursue robotics in India can go for B.Tech (Bachelor in Technology) courses in electrical, mechanical or computer science fields and from there on they can choose their field of specialization as all these branches play their respective role in robotics.But the branch of engineering which comes closest to robotics in India is B.Tech in Mechatronics.

B. Tech courses in India are often of four-year duration which is divided into eight semesters. A student who wishes to make a career in robotics is highly recommended to do an M.Tech course after B.Tech and earn a Masters degree as it is highly beneficial. Its duration is two years.

However, students can also go for dual degree programs (B.Tech+M.Tech) as many colleges are offering it is of five years duration.

Along with above-mentioned branches of engineering here are some courses a student can pursue a career in Robotics.

The eligibility requirement to become an Robotics Engineer:

What it takes to become a Robotics Engineer?

If you want to go ahead and take on the career of a Robotic Engineer then your your knowledge should be more than average in science and mathematics.

The basic eligibility for being able to apply for B.Tech in Robotics is that students should have passed his/her class 12 examinations with science stream (Physics, Chemistry and Maths) from a recognized state or national level board of education with a minimum of 50% marks.

A Bachelor degree is required in order to pursue a Masters degree in Robotics.

Along with this one should also clear entrance exams held for various B.Tech courses and M.Tech courses.

How to become a Robotics Engineer and career path:

STEP 2– GET A BACHELOR’s DEGREE IN B.Tech from a good college

NOTE–Again repeating that one must go for M.Tech after earning a Bachelor degree if you want to make a good career in robotics.

Career prospects in Robotics Engineering- Different fields where you can find jobs and job profiles:

Robotics Engineering is professionally recognized as a career in India.For a person who holds specialization in Robotics there are ample amount of job opportunities waiting in both public and private sectors even though the growth rate in this field is slightly slower as compared to other branches in India. A robotic engineer can be employed in laboratories, manufacturing plants, mining, medical, automation, agriculture,military, life sciences, aerospace etc.Even gaming industry now has scope for robotic engineers.Especially in manufacturing units there is a great demand of robotic engineer.There are a many MNC’s which are constantly looking for top class robotics engineers.Highly educated engineers can find themselves in research organisations like NASA and ISRO.

Robotics can be a highly demanding and exhausting field. However it is equally rewarding field as well. A Robotic Engineer can expect starting salary of around Rs 5-6 lakh annualy. One can only imagine how much their salary will rise after they gain enough amount of experience in this field.