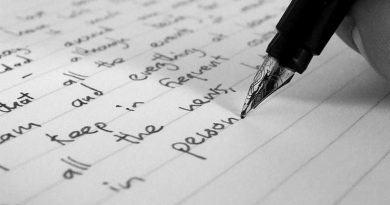 Numbers of candidates are going to abroad according to a Servey

There is a large factor of a 50 per cent growth in Indian candidates going to the UK and US for UG and PG studies over the next five years.Rohan Pasari Said he has placed more than 95 per cent of its Indian students in top universities in the U S and UK.

Rohan Pasari addressed the Indian Students have strong interest to join International Universities and they want to get experience, lifestyle and international/domestic placement.They have enough craze to see international study method and want to be like foreign students

Pasari noticed out the 90 per cent growth Factor seen in Chinese candidates that joined universities in the US to get international education during the early pick up of Chinese economy.”It is the same scenario for Indian candidates from now a days,” Pasari said.

Cialfo -University & College Applications & Admissions Consultants is a midator fund raising and help the students for successfully admission into your best-fit university.It is linking up with Delhi-based educational institutions to help Indian students secure places in the US and UK universities, he said Cialfo’s fund raising is supported by Koh Boon Hwee, former chairman of Singtel, DBS Bank and Singapore Airlines, as well as NRI investor Anand Govindaluri of Govin Capital.

“We are expecting a strong market support for the A series funding as our edtech start-up has a potential to tap into the massive pool of students from India, China and South East Asia,” Pasari said.

“We will now reach more students, tapping into the multi-billion dollar a year opportunity of helping Asian students find their ideal university,” he said, estimating the annual Asian student market value at USD 4 billion in the UK and US universities.

1. International education has high value when applying for job and it”s one of the reason for Indian students to migrate overseas for their studies. Education standard and system prevail in those countries, opportunity to learn different language & culture may be the reasons too. If those students come back to India for work that would contribute to Indian economy. Indian education system has be made more standardized so that students leaving aboard can be reduced to some extent.

2.More than crowded, India is a place ONLY for the politicians, Babus and rich goons. Any sensible, decent, hard working Indian WILL leave India if they can…and if they cant, will stay here and suffer. There is no recognition for excellence and achievement – only for reservations and minorities. These “reservations” is now also going to be applied to Judge posts – so the final bastion for the common man, namely “WISE” and sensible justice will become a thing of the past (as it is, it is becoming extinct due to rampant corruption).

3. Mainly people are fed up with law and order, corruption and crime. This is an excuse to go abroad and stay there. No one goes back unless they are kicked out. Indians must consider staying at home. Countries like the USA and CANADA, AUSTRALIA should not allow them rights to seek employment post completion of their studies. Send them back home to their homeland. Mr Modi needs brains to keep the corrupt country going!

4. Indian under the pretext of better/education or for whatever reasons are leaving their homeland. The reason is simple : it is too dammed crowded here! Otherwise why should people with “disposable” income leave migrate from their mother land?