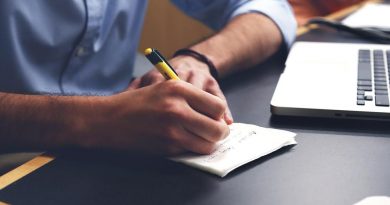 Eid al-Adha, Bakra Eid is a Muslim community. Ramadan and Bakra Eid are two such main nad big holy Festivals of God (Allah). Eid al-Adha is perfectly written in the holy Quran with brief of God expects to his Prophet to sacrifice his/her most beloved thing child for the obedience of God.There are many religions in the World. Hinduism, Islam, Christianity, and Sikhism are some of the main religions in India. People of these religions celebrate their all festivals peacefully and colourfully. Ramzan and Bakri Eid are celebrated with great dedication. Like Ramzan (Eid Ul-Fitr), Bakri Eid (also named as Bakr-Idd, Eid-Ul-Zuha or Eid-Ul-Azha) is a grand festival for Muslims. Muslims all over India and outside India(Pakistan and other) celebrate Bakri Eid from the tenth to the twelfth day in the Islamic month of Dhul Hijjah.It is also mentioned in list of festivals and Holidays

Summary : Ibrahim (Abraham) had to sacrifice his young first-born and only son in order from God

Celebrations : Firstly offering Eid salat in Eid gah, Gatherings of family and friends, Meals, especially lunches and late breakfasts (brunches), Wearing new clothes, Gift-giving, Giving money/gifts to kids as a token of love, Eid prayers, Sacrifice of, usually, a sheep, cow, goat, buffalo or camel, Donating one-third of the sacrifice meat to friends and neighbors, Donating one-third or more of the sacrifice meat to the poor and needy

There is a fascinating story that states the significance of Bakri Eid. Once, Allah challenged Prophet Ibrahim, the friend of Allah and the father of Prophets. Ibrahim had to prove his faith in Allah. Allah asked him to sacrifice the dearest and nearest one in his life. Ibrahim decided to take up the challenge and decided to sacrifice his son Ismail.

His love towards his son was as strong as his faith in Allah. Though his heart went numb, he put his son on the altar at the mount of Mina near Mecca. It was impossible to see his son dying in front of his eyes. He could not imagine slaying his own child but he could not deny the order of higher power.

He closed his eyes and raised the sharp sword. Reciting Allah’s name he divided the head from the body. He opened his eyes and could not believe on his senses. His son Ismail was standing healthy and hearty in front of his eyes. A dead ram with his head apart was lying in the pool of blood. Ibrahim emerged as a winner as he accepted god’s challenge with complete faith.

Power of Allah and Quran

Since then people ardently believe in the mercy of Allah and in the authenticity of Quran. They devotionally sacrifice a ram on Eid-Ul-Zuha. On the holy occasion of Eid-Ul-Zuha, prayers are offered by Muslims and animals are sacrificed to show faith and sincerity towards Islam. The festival also signifies the Ibrahim’s belief in almighty.

On the occasion of Bakri Eid, Muslims sacrifice animals (goat or ox) in admiration of prophet Ibrahim’s faith in Allah. This sacrifice is known as qurbani. A Muslim, who performs slaughter, makes three portions of the meat. He shares the meat with his fellow beings. One third part of the meat is distributed amongst the poor. One third part of the meat is for family and friends of the person who bought the animal. The last third part is for the household of the butcher. For Muslims Bakri Eid is the time to meet relatives, to enjoy feasts, and to seek Allah’s blessings. May Allah shower his blessing on you! Happy Bakri Eid!

According to convinced Ahadith, these pious festivals were instigated in Madinah after migration. Anas reports that: When the Prophet Muhammad arrived at the city of Madinah, he found some people celebrating two explicit days in which people used to amuse and entertain by merriment and playing. Prophet Muhammad asked people regarding the nature of these sorts of celebrations and merriment at which people responded that these festivities were occasions of recreation and fun of days of jahilliyah. At this point, the Prophet Muhammad remarked that the Almighty God has set two days of holidays instead of these festivities for people, one is Eid-ul-Fitr and the other one is Eid-ul-Adha.It is also mentioned in list of festivals and Holidays

All Muslims fast on daily basis every year in the holy month of Ramadhan from dawn to the dusk. Fasting involves abstaining from beverages, food and sexual relations. By withholding from some of the carnal and basic desires and needs, Muslims develop self-discipline or self-control: the ability to prevent from doing something one deeply and intensely desire, purely out of compliance to the Creator. This month-long exercise of fasting helps in developing and strengthening to live a life of wholesomeness and obedience to Almighty God regardless of the lure towards sin. Those people who are sick, traveling, and elderly or women who are nursing and pregnant are allowed to break the fast and cover up the missed days of Ramadhan at some later time. If they are incapable to do this later, they must provide food to a needy one for every missed day.

Children are obligated to begin their fasting from the very age of puberty. Even though fasting is advantageous to health, it is considered chiefly as a way of spiritual self refinement. According to history, Eid-ul-Fitr is a festival which has its own essence of merriment and enjoyment and this activity is dated back to many centuries. It is being celebrated with much zeal and warmness all across the world but as the time have changed now, the ways and customs involving Eid-ul-Fitr has also changed but the basic idea of festivities remains the same.

According to Muslim belief, they are commanded by Almighty God to do the fasting until the conclusion of Ramadhan as mentioned in Holy Qur’an and also pay Zakat-al-fitr before offering the Eid prayer. There are lots of things which revolve around this festivity. Fasting is believed by some scholars to praise fundamental distinctions and lauding the power of religious realm, while admitting the subordination of physical realm.

Greeting Messages: May Your Plate Of Life Be Always Full Of Sweet Siwaiyan Topped With The Nuts Of Happiness. With Best Eid Wishes, May You Have A Happy Eid

Greeting Messages: As you pray to Allah and offer your sacrifices in the true spirit of Eid-ul Adha – here’s hoping that all your wishes are fulfilled and prayers are answered. Happy Bakr Eid 2015!

Greeting Messagess: Today I Pray That: Happiness Stays At Your Door; May It Knock Early And Stay Late; And Leave The Gift Of Allah’s Love; Peace, Joy and Good Health Behind! Best Wishes for a Happy Eid 2015! Eid ul Adha Mubarak

Greeting Messages: Today I Pray That: Happiness Stays At Your Door; May It Knock Early And Stay Late; And Leave The Gift Of Allah’s Love; Peace, Joy and Good Health Behind! Best Wishes for a Happy Eid 2015! Eid ul Adha Mubarak

Greeting Messages: Everyone sent you Tradition words about Eid But I’m the first one To send you “MEAT MUBARAK” And Keep on eating Different dishes On this season…